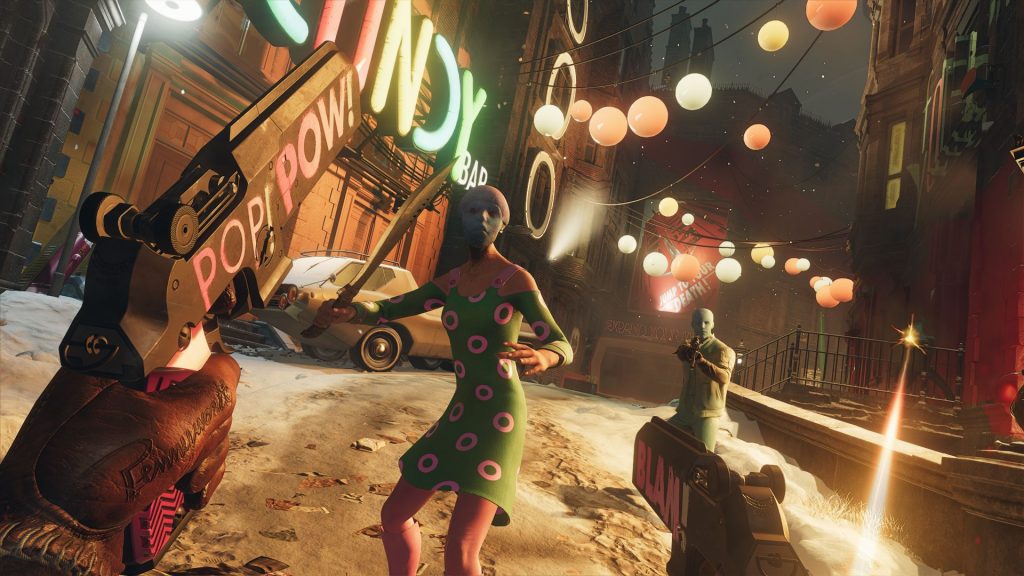 Reviews are now available for Arkane Studios’ Deathloop (you can read ours here) and to celebrate the title’s intermittent release, its launch trailer is now live. Check it out below but given how previous trailers have been revealing a bit too much, you might want to hold off on watching.

Deathloop is the story of Colt Vahn, an assassin trying to escape Blackreef Isle. The area is stuck in a time loop, which causes the day to keep repeating unless its eight Visionaries are dead. Players must thus find a way to kill all of them in a single Loop while avoiding the excesses of Julianna Blake, a mysterious assassin tasked with eliminating Colt.

Deathloop offers a wide variety of powers like Arkane’s Dishonored series along with a significant arsenal of weapons. It releases tomorrow for PS5 and PC, and will be exclusive to Sony’s console for one year. Stay tuned for more details on future updates in the meantime.

Marvel’s Wolverine Is A ‘Mature’, Full-Sized Game, According To Creative Director

Halo: The Master Chief Collection’s PC Launch Led to the…

Chase Away Those Winter Blues With This Adorably Huge Kirby…

Xbox Series X Designed With Specific Price In Mind, But…

Destiny 2: Beyond Light – Season of the Hunt Roadmap…

Fortnite Guide – How to Complete Metal Mouth and Zadie Skin…

Play As Skull Kid In Cadence Of Hyrule’s…

NieR Replicant Has Been Rated In Taiwan

Mortal Kombat Legends: Battle Of The Realms Gets A Release…

Switch – All First Party Games Confirmed And Rumored To Be…