Indie Italian developer NAPS Team has been working on Baldo: The Guardian Owls, in some way, shape, or form, for about fifteen years now. Clearly, it’s something of a passion project, and over time, Baldo has built up a pretty sizeable group of people who’ve been keeping an eye on it. With its promise of a game inspired by classic The Legend of Zelda titles, set in a world that owes its inspirations to Ghibli films, Baldo: The Guardian Owls has certainly had the attention of quite a few people.

Sadly, it buckles under the pressure of those expectations, but more than that, its own ambition. This is a large game, and conceptually, it shoots high, especially for a small team with a small budget- but ambition means nothing if the actual gameplay isn’t good and if the design isn’t smart, and Baldo has major, major issues in both of those areas. Rather than one or two big problems compromising the experience, NAPS Team’s action-adventure title is weighed down by hundreds of frustrating issues that seem to be collectively hellbent on ensuring that you’re miserable, and as far from enjoyment as you could be.

Structured like a classic Zelda game, Baldo takes place in a surprising large world, and tasks you with exploring the overworld and dungeons, with an emphasis on puzzles and combat. Frustratingly enough, neither of those things is well-designed. Puzzles are consistently frustrating, almost as if they’re the game is constantly trying to prevent you from having actual fun with each new puzzle it throws at you. It doesn’t help that puzzles often involve frustratingly tedious tasks that serve as unnecessary time-wasters, like having to carry pots from one end of the room to the other while avoiding being touched by enemies, or walking back and forth across narrow beams to get to a distant switch. 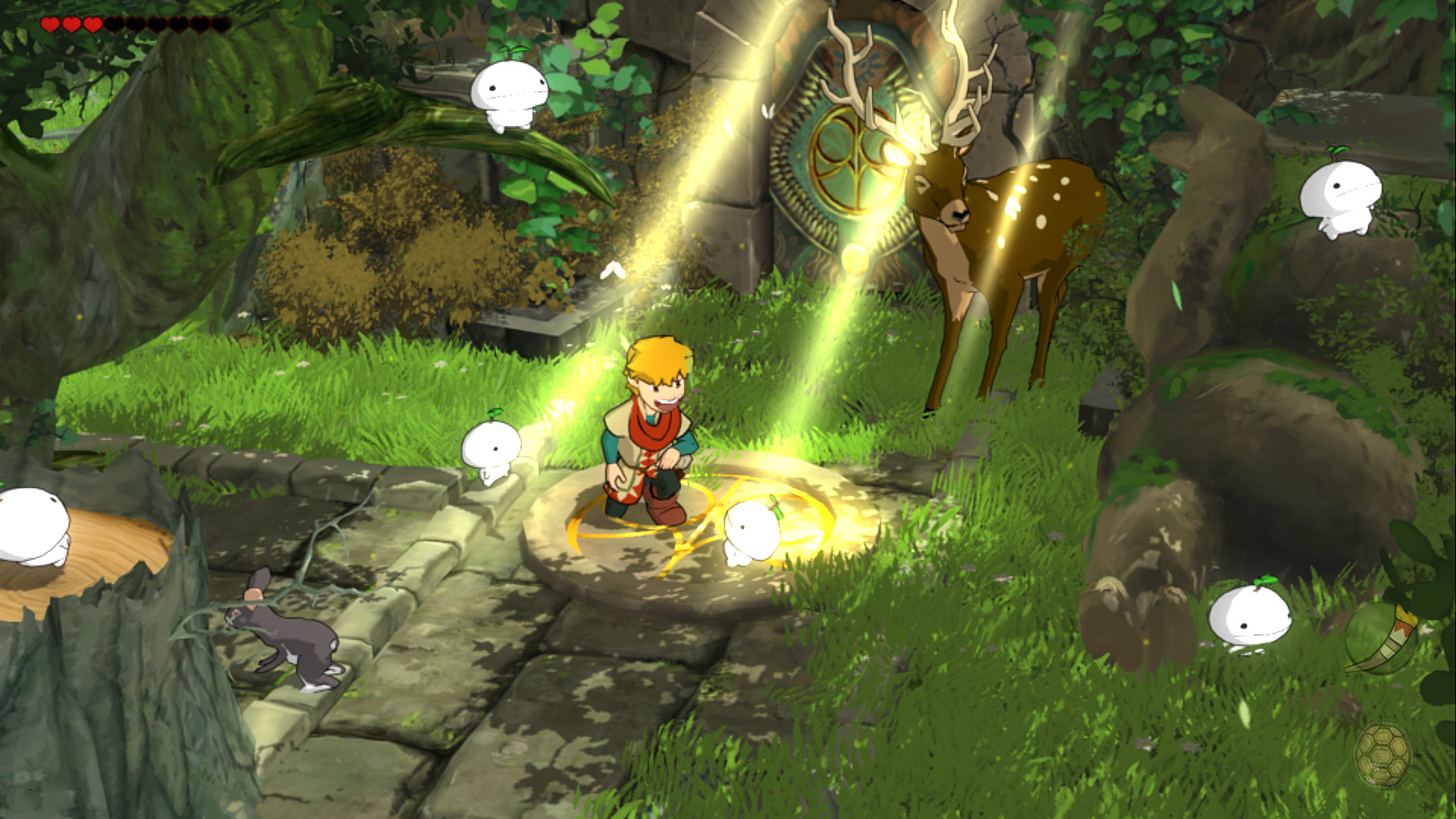 “This is a large game, and conceptually, it shoots high, especially for a small team with a small budget- but ambition means nothing if the actual gameplay isn’t good and if the design isn’t smart, and Baldo has major, major issues in both of those areas.”

On paper those might sound like ordinary activities, but the issue here is that Baldo is more often than not incapable of supporting even basic activities like these. Your walking speed while carrying something might be excruciatingly slow, the enemies you’re supposed to avoid might have weird hit boxes, you might fall off the narrow beam you’re walking on because movement in this game is inaccurate and you can never accurately judge your speed.

In fact, it’s not just during puzzles that movement presents a problem- the moment-to-moment gameplay, something as fundamental as moving your character around, feels stiff and unresponsive and sluggish. Even your default movement speed is slow, and though you can sprint, you cannot do it endlessly. It just makes even the act of going from point a to point b tedious and- well, simply put, not fun. If even moving around feels this off, it’s hard to have any real fun with the game, to say the least.

Add to that all the mind-numbing backtracking and aimless exploration Baldo is brimming with, and the simple act of getting around becomes even more excruciating. And why is exploration aimless, exactly? Well, because from beginning to end, Baldo gives almost zero tutorials or any sort of guidance. Often, that can be a strength, as it so often is in games these days- but games always have to strike some sort of a balance, offer some passive assistance to ensure that the experience doesn’t become too frustrating. Baldo doesn’t do that. Puzzles are often obtuse, environments tend to be littered with useless and meaningless cues and visual language, and that just messes things up even more, because you either end up missing the actual cues as a result, or you’re forced to just comb rooms completely to ensure you haven’t missed anything, which is quite tedious, as you might imagine. 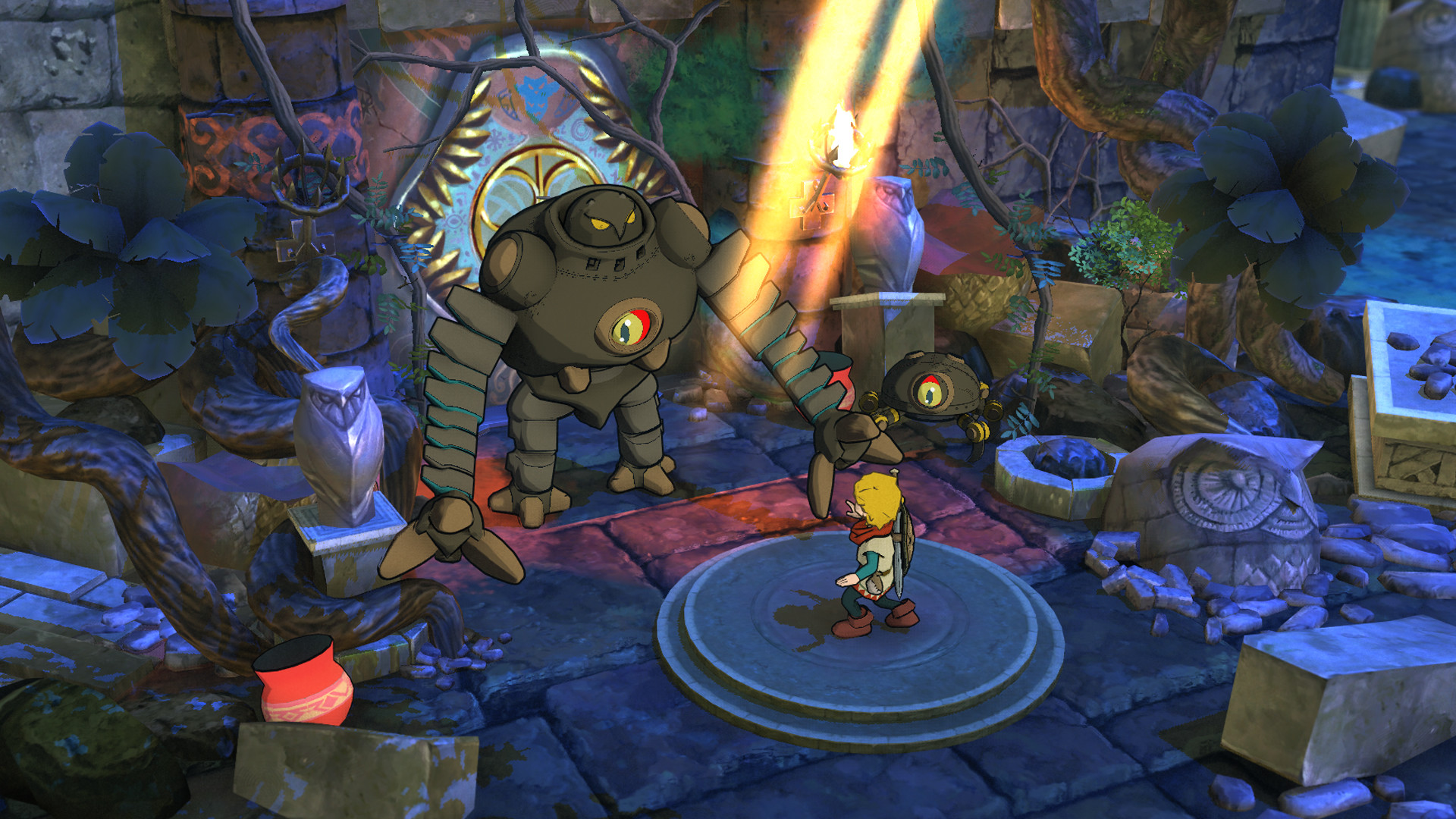 “The moment-to-moment gameplay, something as fundamental as moving your character around, feels stiff and unresponsive and sluggish.”

Meanwhile, specifically where the overworld itself is concerned, there are still signposts scattered throughout the map to point you in the right direction- the problem here is that Baldo wants you to rely on them exclusively for navigating the world. That’s because the actual map in the game is basically useless. When you start out, the map’s completely blank, and you slowly fill it in piece by piece by finding a map seller in each area. Even when you do clear the fog of war though, the map is little more than an illustration, and with no zooming, no ability to place markers, or anything really, it’s quite useless. To top it all off, out of all the quests and side-quests you pick up, you don’t have the option to set active quests or prioritize one over the others, which makes getting to quest locations even more of a chose.

Alongside exploration and puzzles, the third pillar shakily holding Baldo aloft is its combat- which is just as rickety as the other two, if not more. Combat is an incredibly frustrating experience in this game. Keeping track of how many times you die is basically impossible, given how much and how frequently it happens. And it isn’t because of smartly balanced difficulty, or fair but grueling challenges. It’s because of frustrating design choices. Enemies hit incredibly hard, even those in the starting areas, which means not getting hit is crucial for survival.

What makes matters worse, on top of the aforementioned movement, is the unreliable attacks and dodging, both of which are extremely sluggish and unresponsive. So while enemies can hit surprisingly hard, dodge your attacks with ease, and move around pretty silkily, your own movements, dodges, and attacks are constantly hampered. It’s just incredibly frustrating, and exacerbated even further in the frustratingly designed boss fights. Controls in general are a mess as well. For instance, throwing items, interacting with NPCs and doors, using your sword- all of these things are assigned to a single button. That, as you might imagine, is a recipe for disaster. 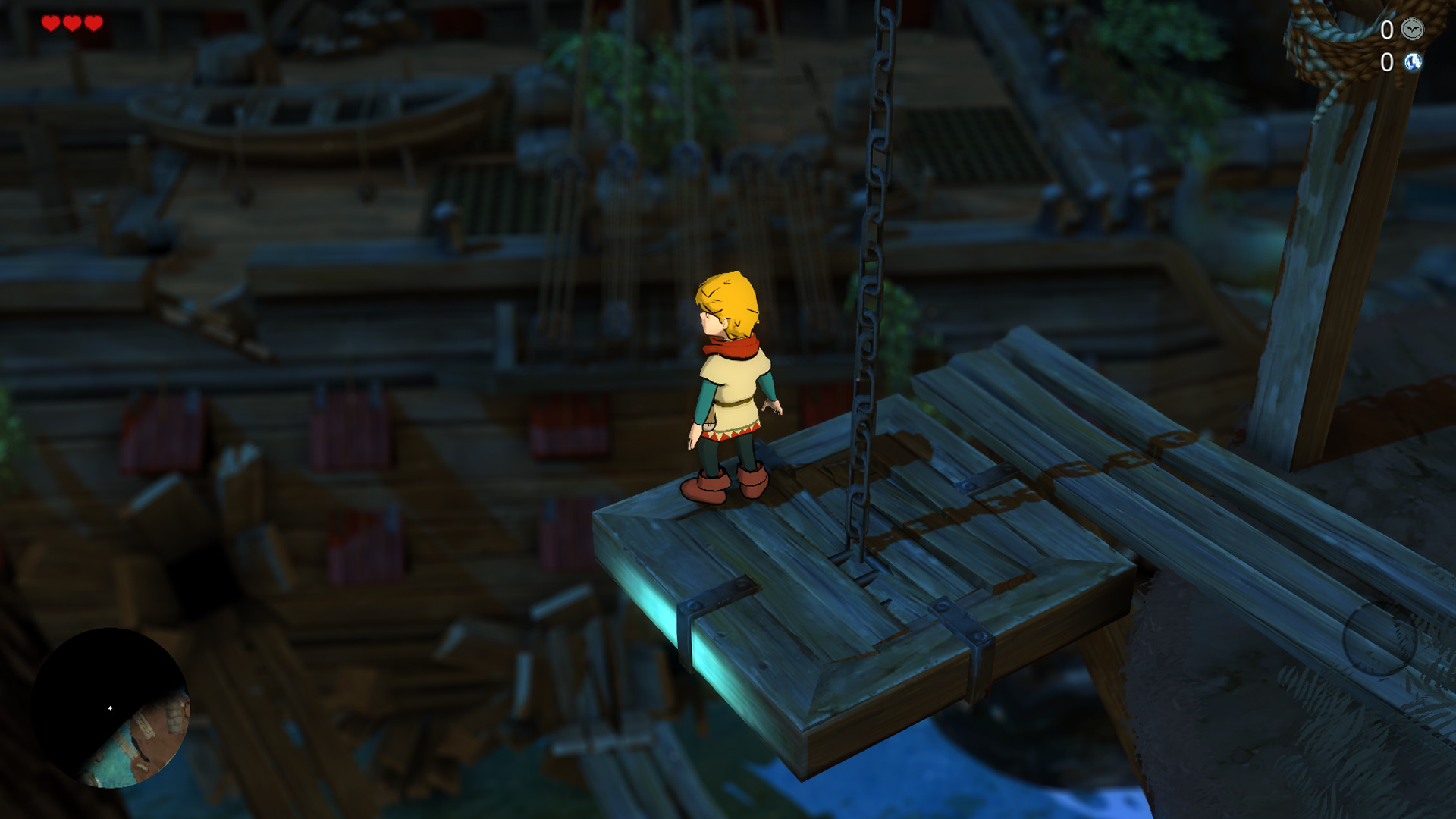 “Alongside exploration and puzzles, the third pillar shakily holding Baldo aloft is its combat- which is just as rickety as the other two, if not more.”

Really, the only aspect of Baldo that I can properly praise is its visuals. A lot of games claim to have art styles inspired by Studio Ghibli’s beautiful works, as does Baldo, and though it, like many others in that group, obviously doesn’t ever come close to the kind of breathtaking beauty of something from Ghibli, it still, at the very least, looks nice. The environments are vivid and detailed, character models are usually quite charming, and there are quite a few locations that leverage the game’s art style to craft some very pretty sights. Then again, considering all of the issues that Baldo is riddled with, it could have been the best-looking game ever made and it wouldn’t have mattered.

All said and done, Baldo: The Guardian Owls is, to say the very least, a frustrating experience. It’s superficially attractive, given its eye-catching art style and beautiful Ghibli-inspired aesthetic, while its central conceit of delivering an experience inspired by dungeon-crawling Zelda titles is sure to draw in some people as well. It all crumbles quickly though, and Baldo shows on a consistent basis from beginning to end that it just doesn’t have what it takes to do justice to all of its lofty ambitions.

This PlayStation 4 version of this game was reviewed on the PlayStation 5 via backward compatibility.

PlatinumGames Rumored To Start Kickstarter For The Wonderful…

Dying Light To Get New DLC, ‘Hellraid,’ This Summer

Assassin’s Creed Valhalla and Watch Dogs Legion Will Both…

Marvel’s Spider-Man: Miles Morales Guide – How to Beat All…

Nintendo Will Announce Further Switch Games for 2021 “At the…

Shenmue 3 Did “Fine” Financially But Is Not Mass Market…