Steel Mantis’ 2019 side-scrolling shooter Valfaris was an impressive game, and thanks to its metal world and its frantic action, it made quite an impression. Its upcoming sequel, interestingly enough, is making some changes. For starters, unlike its predecessor, Valfaris: Mecha Therion is going to be an auto-scrolling game, which can potentially ramp up the intensity of the combat quite a bit, while the promise of more of what made the first game such a solid shoot ’em up is also an enticing one. Hoping to learn more about the upcoming sequel, we recently reached out with a few questions about it to its developers. Below, you can read our conversation with programmer and designer Thomas Jenns. 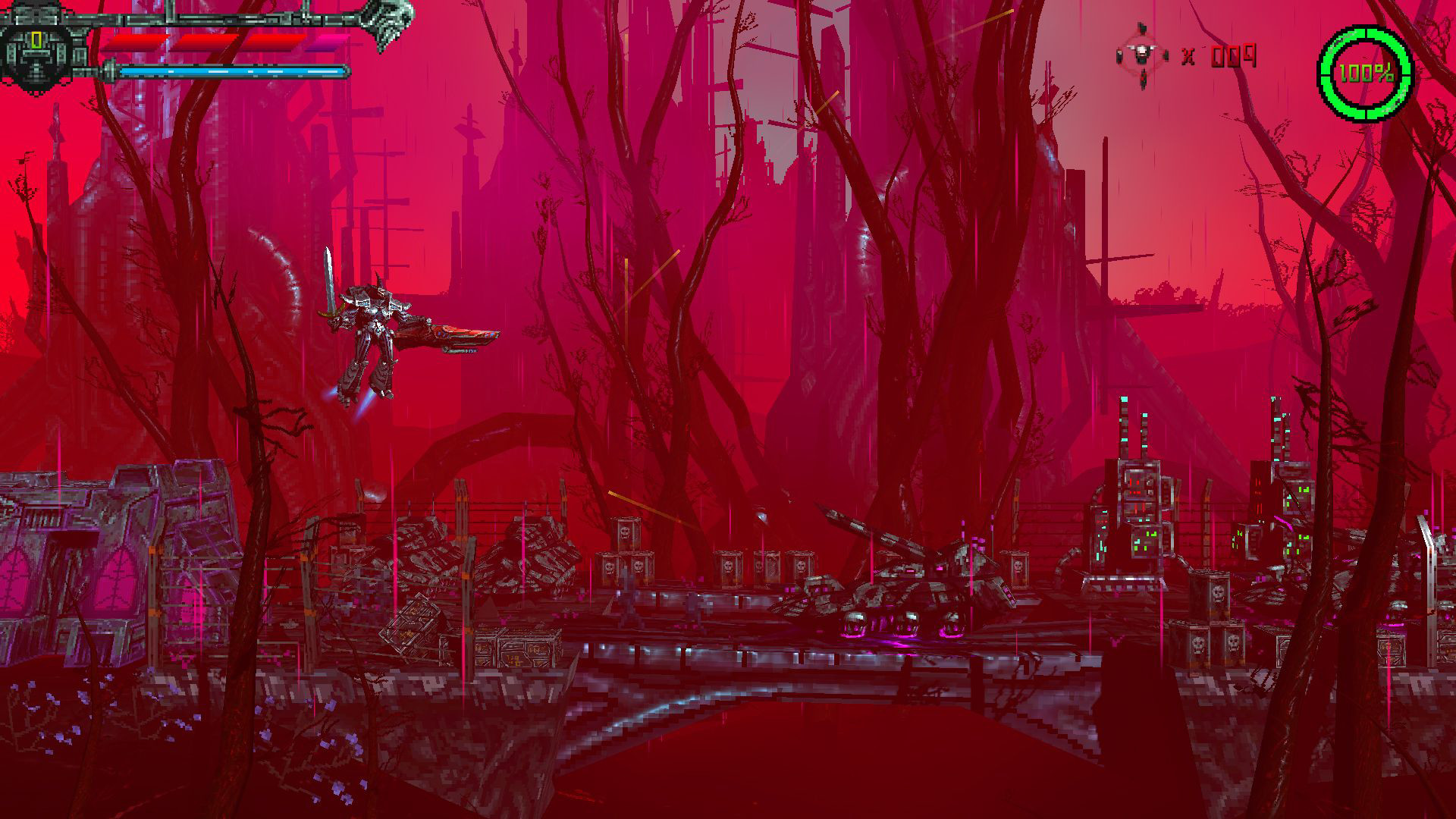 “The most important thing was to keep the feel of the world of Valfaris, and to keep it metal.”

When you decided to develop a sequel to Valfaris, what was your approach to iterating upon the first game’s ideas versus doing something completely new? How does Valfaris: Mecha Therion strike that balance?

The most important thing was to keep the feel of the world of Valfaris, and to keep it metal. Other than that, there are certain things we wanted to carry over from the original game: Lots of different weapons to use, some kind of risk/reward system with the checkpoints, and a ton of blood.

Valfaris: Mecha Therion is taking more of a bullet hell approach as compared to its predecessor, with a constantly scrolling screen. What was the reasoning behind this decision? Is the idea to make the game more action-focused? Will platforming still have a role to play?

The reason is we really like old school shoot ’em-ups. Also, we just spent years making a platformer. We’ve had enough of platformers for now! Since it’s auto scrolling it will be more action-focused for sure, but there will still be secret areas to discover. There will be some navigating through obstacles, but no platforming this time around.

What can you tell us about the Mecha players will be using throughout the game? How does it change combat, in terms of difficulty, enemies, and abilities?

In many ways, Therion’s mecha suit just makes him a larger version of himself! He wields a gun and sword like before, but now he has an equipable auxiliary weapon too, which is usually something explosive. 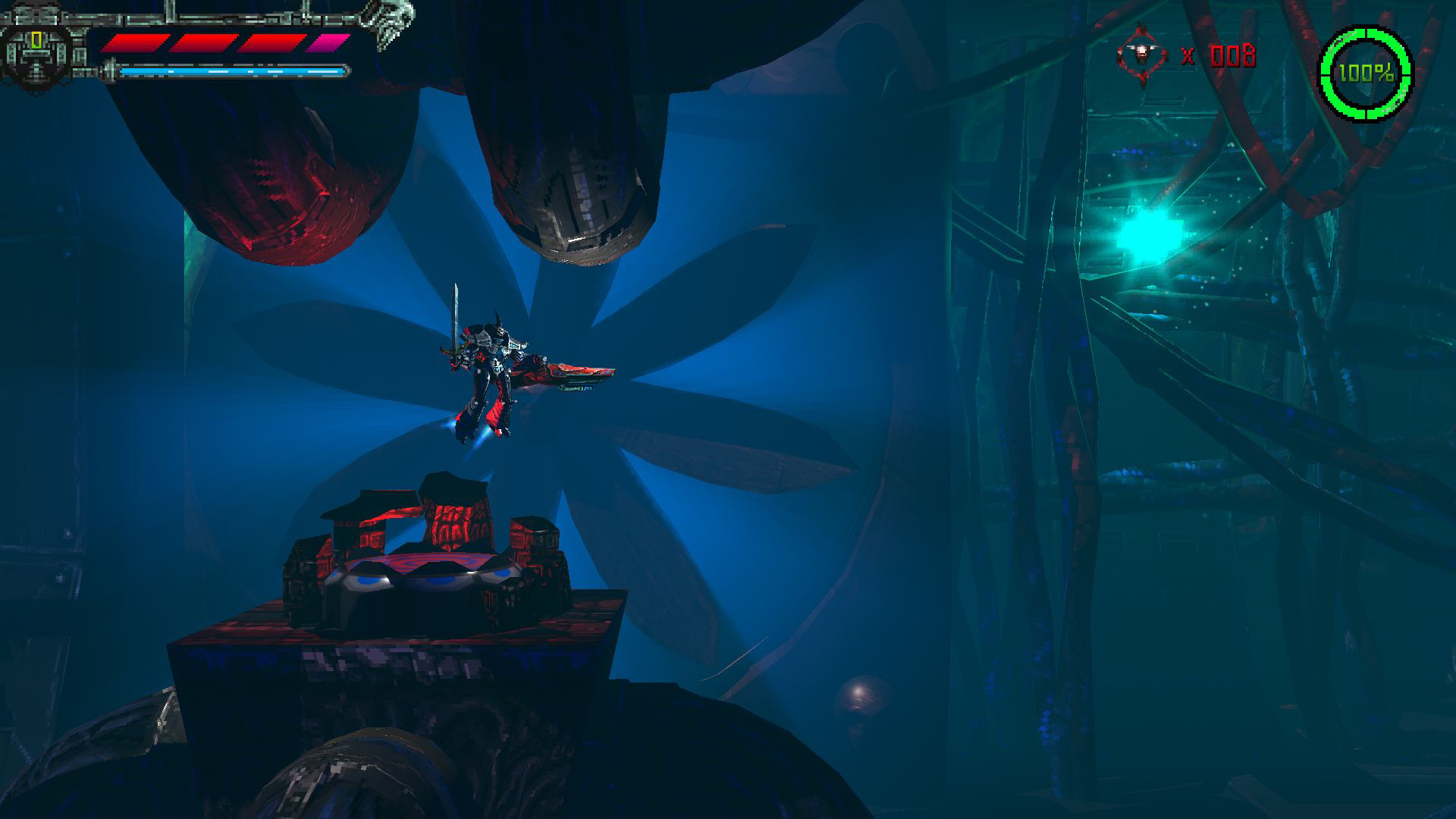 “A lot of the main weapons are carried over from Valfaris, except they’re all on a much larger scale now. There are also plenty of new weapons too!”

With Valfaris: Mecha Therion having different kinds of weapons across multiple classes, can you talk to us about what players can expect from the weapons in terms of variety and how much they will differ from each other?

A lot of the main weapons are carried over from Valfaris, except they’re all on a much larger scale now. There are also plenty of new weapons too! I think that there’s plenty of variety in how the weapons work, and players will find that certain situations or bosses will be easier to beat with a particular weapon setup. You can always stubbornly stick to your favourite weapons though and power through!

How extensive is the progression system in the game where upgrades are concerned?

Killing enemies will automatically grant you blood metals (you don’t have to pick them up like in Valfaris), and these are used to upgrade your weapons. So you really want to kill as many enemies as possible!

You can also upgrade Therion’s mecha suit by installing Modules. These are items that can be found throughout the game, and equipping them grants specific powers. For example the “Revenge Burst” module will mean that you unleash a deadly shock-wave whenever you take damage.

I think any player will eventually find a weapon setup that they feel most comfortable with, and there will be enough different weapons / modules for some interesting combinations. 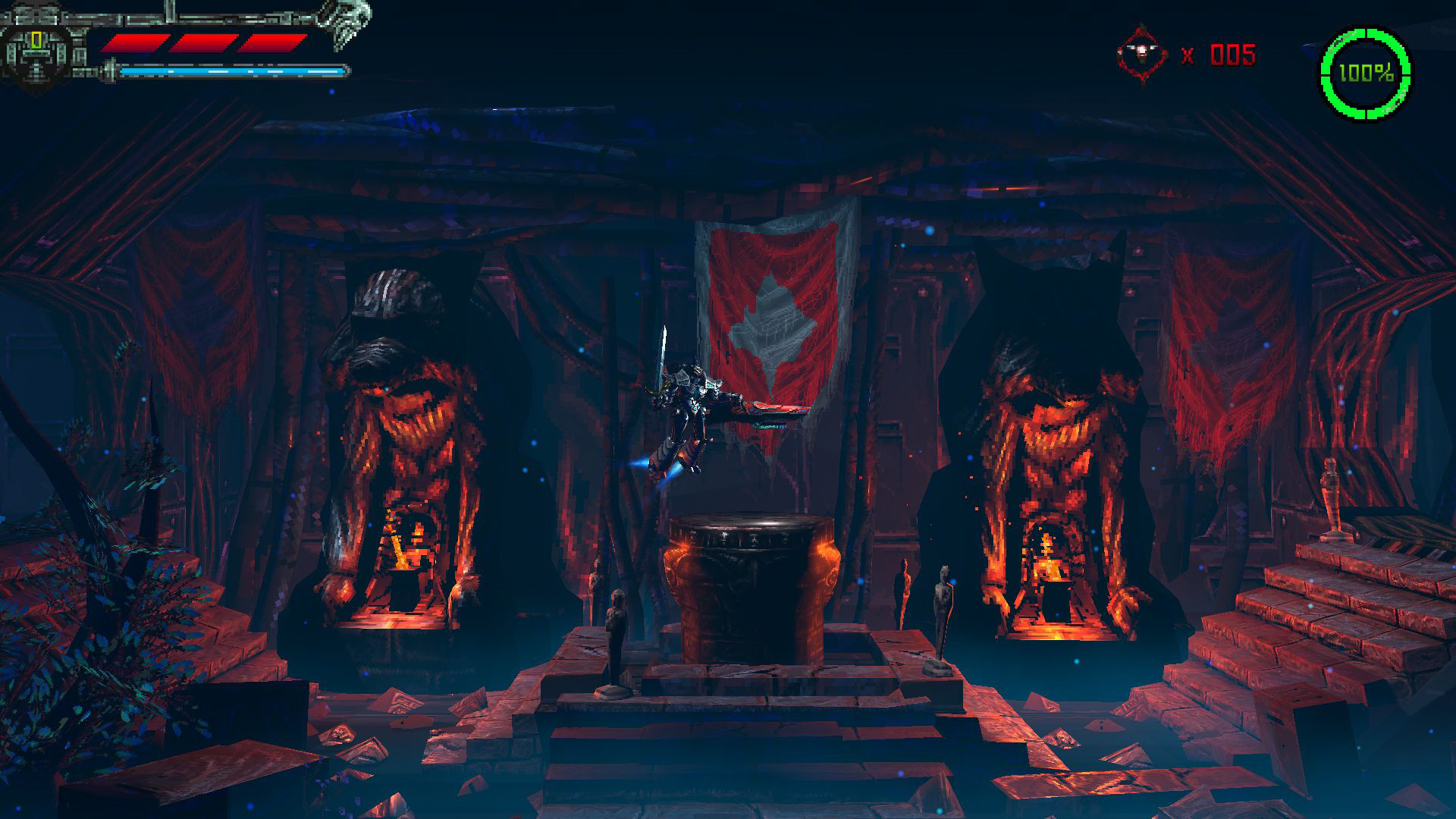 “I think it’ll probably end up being a bit shorter than Valfaris, but that’s only natural as shoot-em-ups are more intense and faster paced than platforms. I think the average player will take a few hours to get through it.”

Roughly how long will an average playthrough of the game be?

I think it’ll probably end up being a bit shorter than Valfaris, but that’s only natural as shoot-em-ups are more intense and faster paced than platforms. I think the average player will take a few hours to get through it.

The Lord of the Rings MMO Has Been Cancelled

Monster Hunter Stories 2: Wings of Ruin Guide – How to Get…

Netflix’s The Witcher Is Partnering With McFarlane…

Borderlands Movie Has Finished Filming With First Look At…

Evil Dead: The Game Will Premier Gameplay Footage at Summer…

Overwatch Lunar New Event is Live With New Cosmetics and…