The Mandalorian was a hit when season one dropped earlier this year on Disney+ and now that a new season is here, the team over at Motive is celebrating the hit show with exclusive themed content for Star Wars: Squadrons. Despite saying no additional gear would be dropping, the studio is adding The Mandalorian loot to Star Wars: Squadrons. Don’t worry, there are no surprise loot box moves here, everything announced is completely earnable.

Kicking off on October 28, Star Wars: Squadrons players will be able to earn eight new (and completely free) cosmetic items to make those Starfighters even more badass thanks to The Mandalorian. New cockpit cosmetics are included in the new drop, one for each faction. This includes one new hologram, a new decal, dashboard flair, and a hanging flair; one set for both the New Republic and the Imperial fleet. 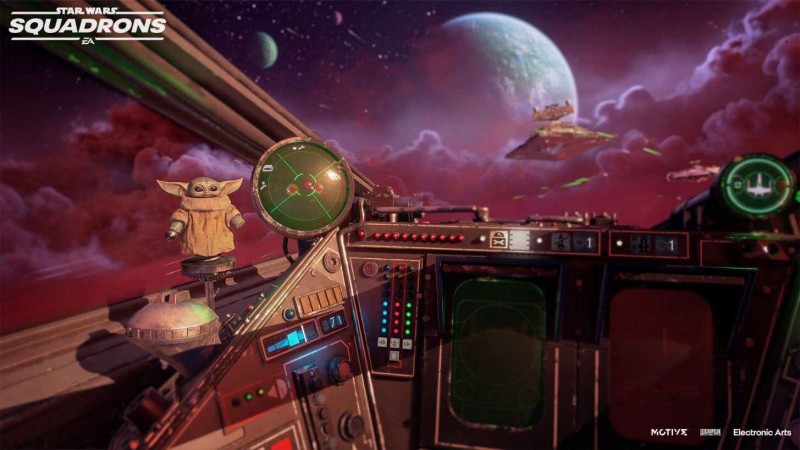 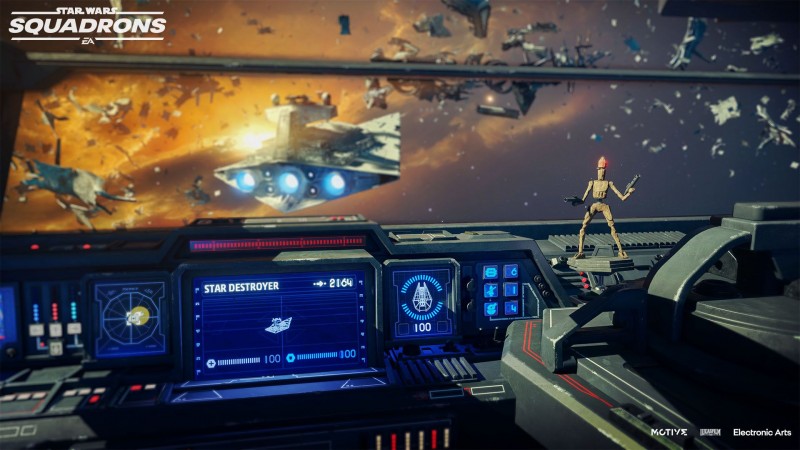 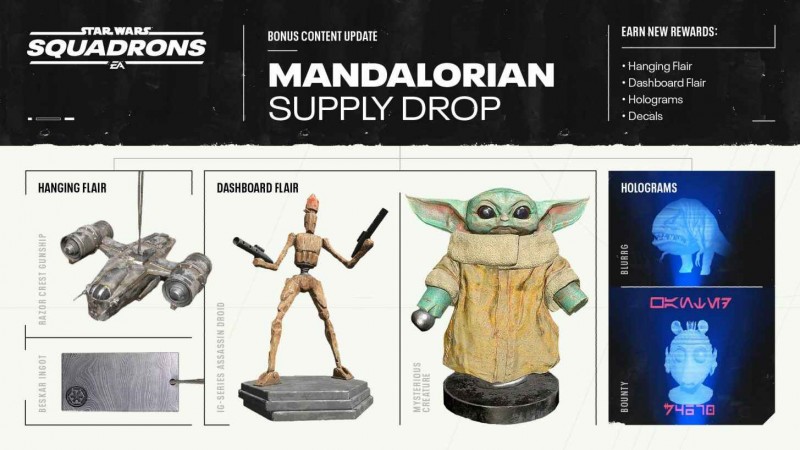 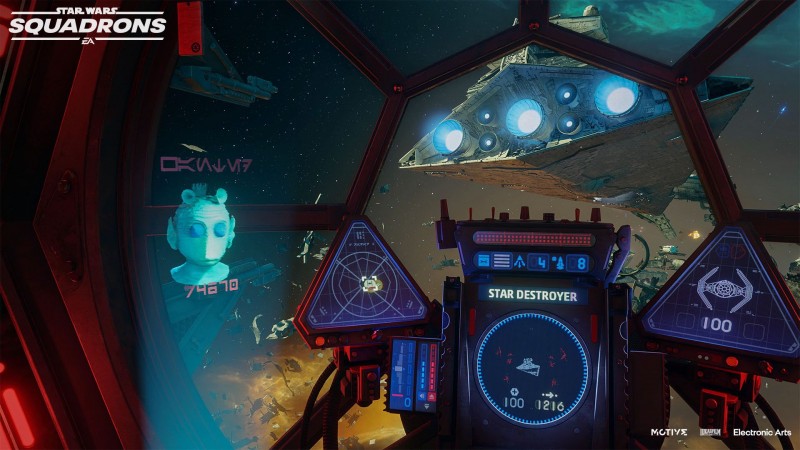 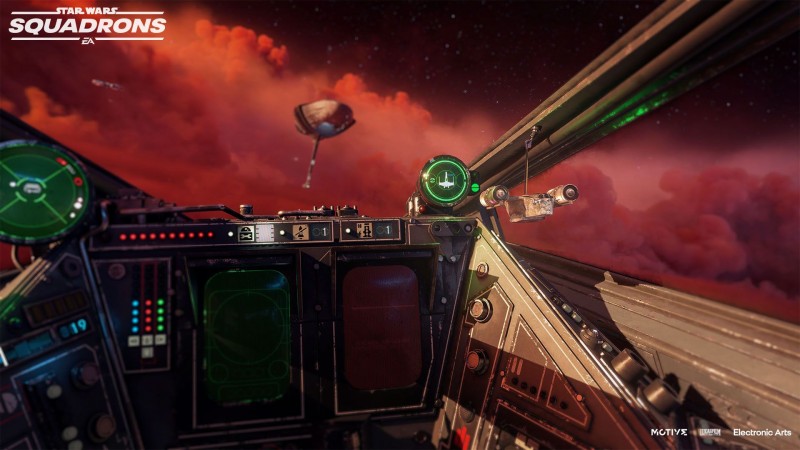 The “Mysterious Creature” is also getting some love. According to Motive, “Paying homage to the iconic character, we’ve made sure to create this wonderful new dashboard decoration based on a “Mysterious Creature.” This figure can adorn any dashboard across the New Republic’s starfighters, meaning the fan-favorite Tuggtar bobblehead now has a rival! Both factions will receive one hologram, one decal, one dashboard flair, and one hanging flair, meaning eight new cosmetics in total for you to unlock.”

While Motive and EA previously mentioend that there would be no new post-launch content for Star Wars: Squadrons because they didn’t want players to have to pay more than what the base game costs, it’s nice to see free surprises like this pop out of nowhere. Given The Mandolorian’s popularity, we’re going to go out on a limb and assume fans of the show are going to be excited for the new drop. We are!

As for season 2 of The Mandalorian on Disney+, the new episodes arrive on October 30th! Are you excited for a new season of the hit show? What about the freebie drops for Star Wars: Squadrons? Sound off in the comment section below!

Xbox Walks Us Through Series X/S

Ghost of Tsushima Still on Top of UK Charts

Just Cause 4, Rocket Arena, And Worms Rumble Are December’s…

Observation Comes To Xbox One And Microsoft Store June 25th

Dragon Quest 12 Still “A Little While Ahead” – Series…

Resident Evil Village – Capcom Looking Into Xbox One and PS4…

Ghost of Tsushima: Legends Won’t Have Any Microtransactions