Sega is Looking to Revive Dormant Franchises with Remasters, Remakes, and Reboots

More and more, we’re seeing game developers and publishers looking to revive older beloved properties in some way, shape, or form, and it’s actually been working out very well for the most part, with some pretty big success stories in recent memory. And it seems Sega is looking to carve a piece of that pie as well.

The Japanese company has a number of beloved properties that have been lying dormant for a long time now, but Sega seemingly has plans to “utilize” those IP. In the company’s recent quarterly fiscal report, it mentioned a number of such properties that it plans to revitlize with either remasters, remakes, or reboots. Among the names mentioned here are CrazyTaxi, Jet Set Radio, Shinobi, and Virtua Fighter. 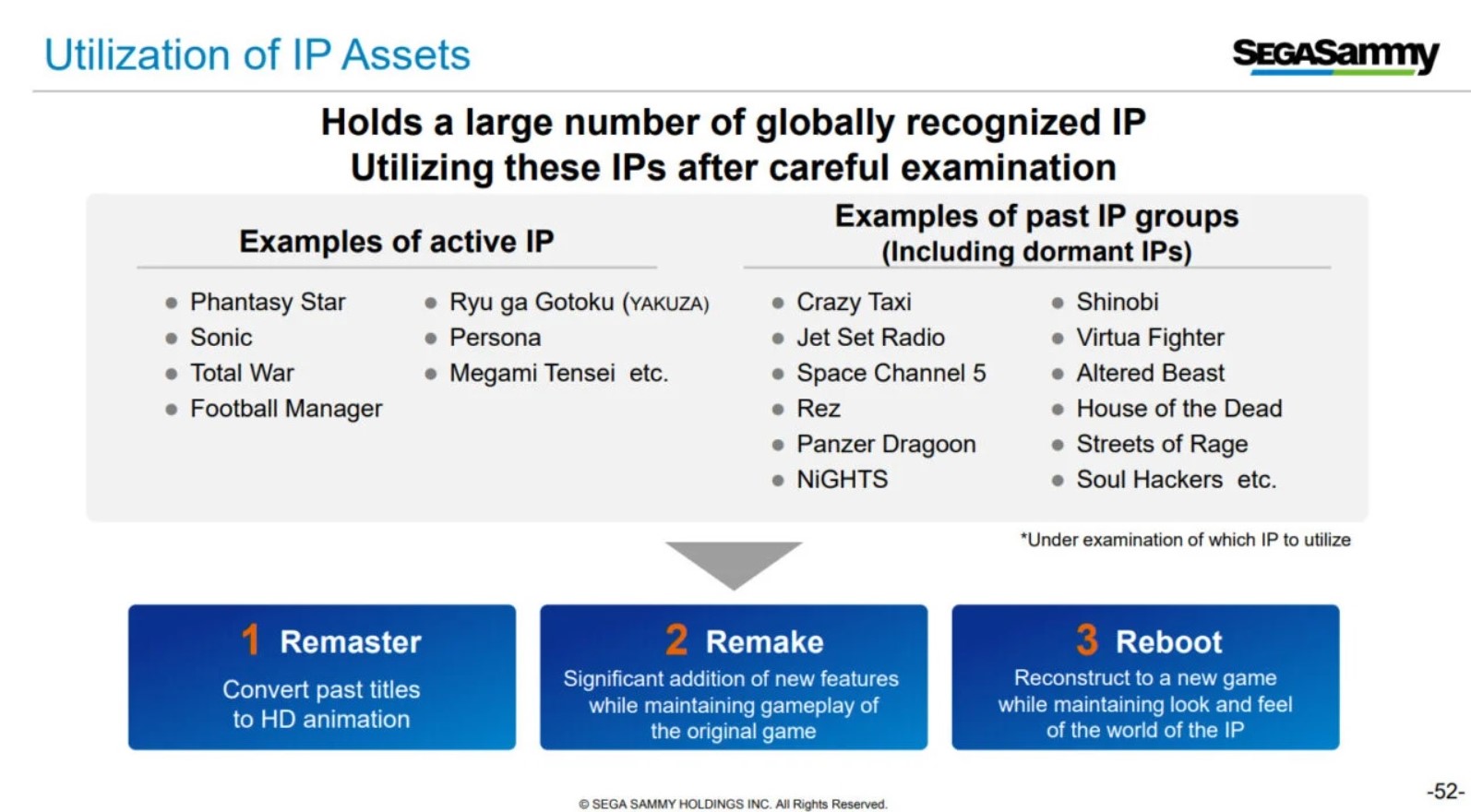 Microsoft is Making all the Right Moves with Xbox Game Pass

LittleBigPlanet Servers Temporarily Shut Down After…

Dying: 1983 is a Timed PS5 Exclusive Due to the DualSense’s…

Eldest Souls Review – What A Rush

Suicide Squad Could Be Rocksteady’s Next Game – Rumor

Xbox Confirms Some Bethesda Titles Will Be Exclusive, But…

Saints Row Developer: “We’re Not Backing Down on This Game”

Lost Judgment Gets Tons Of Screenshots Highlighting Its Many…

Godfall Is Cheaper On PC Than PlayStation 5

JK Rowling Was Not Involved With Hogwarts Legacy

The Division 2 Gets A New Endgame PVE Mode