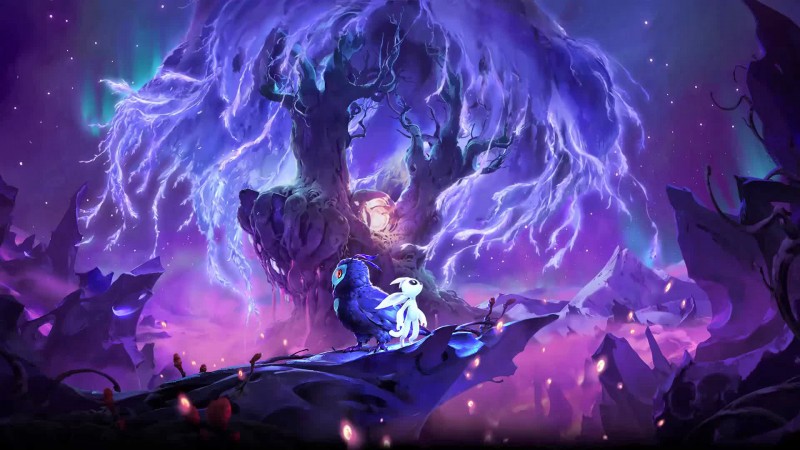 Developer Moon Studios, iam8bit, and distributor Skybound Games are also pledging $25,000 to Rainforest Trust. In a press release, iam8bit’s Jon M. Gibson and Amanda White said “As we’ve worked with Moon Studios to publish the Ori series on Nintendo Switch, we’ve been struck by their dedication to expressing nature as a living, breathing entity worthy of protection. Following their lead, we wanted to do our part to preserve nature, and are excited to work with the wonderful and dedicated people at Rainforest Trust to do just that.”

If you don’t want to purchase the game (which you may already have downloaded on Xbox Game Pass), but want to donate, you can do that at Rainforest Trust’s website. That said, I can’t say enough great things about Ori and the Will of the Wisps. It’s making my personal top 10 list this year. If you love platformers with exploratory freedom and brain-bending puzzles, the Ori series is worth a look.

Both Ori and the Blind Forest and Ori and the Will of the Wisps are remarkable (and challenging) games. I gave both games review scores of 9.5 out of 10. In my Will of the Wisps review I said “The story is fantastic, the world is breathtaking, and all of that pales in comparison to the wonderfully made gameplay that soars both as a platforming and combat game. Moon Studios has outdone itself with Will of the Wisps, delivering an experience that doesn’t have any lulls, makes the player feel clever, and just keeps getting better as it goes.”

Prince of Persia: The Sands of Time Remake Delayed to March 2021

Capcom Says 80% Of Their Sales Come From Digital

Silent Hill Comes To Fallout 4 With Episode One Of…

Crash Bandicoot is Celebrating its 25th Anniversary with an…

Gears Tactics Guide – How To Level Up Quickly, Cases and…

Sonic The Hedgehog Skin Is Coming To Fall Guys

Ghost of Tsushima – 18 Minute State of Play Announced for…